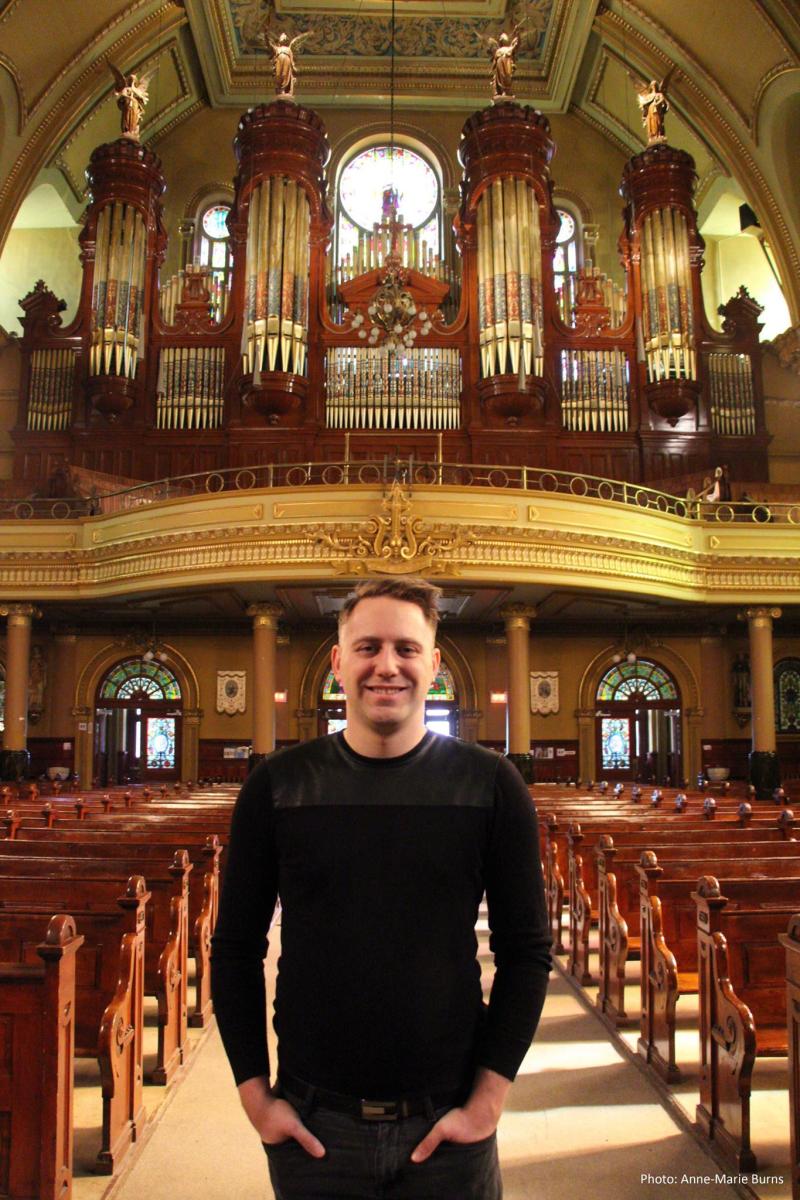 From a young age, Pascal developed a strong interest in pipe organs.  At that time, it was out of the question to leave the church of his small native town in New Brunswick without having a look at the organ -an electronic one- which proved to be quite impressive from the amount of buttons, keyboards and other particular features an organ typically has.  In high school while living in James Bay, he first started learning piano during the music classes he took in high school .

After moving back to the Montréal Metropolitan region, he started taking piano lessons with Mrs. Micheline Duff, with whom he studied for five years.

As his involvement progressed in music Pascal started to accompany small choirs at local nursing and retirement homes; which eventually brought him to join the musical animation team at his local parish of Sainte-Dorothée.  Through a friend from that animation team, he met organist Daniel Leroux who gave him his first organ lessons at the organ of the Montréal Sacré-Cœur-de-Jésus chuch.

Pascal took lessons from Mr. Leroux for many years and was substitute organist at that church for fourteen years.

During this time at the Sacré-Cœur-de-Jésus church, he also had the privilege to get a certain number of organ lessons from renowned organist Pierre Grandmaison, resident organist at the Montréal Notre-Dame Basilica.

After being away from the organ for three years, Pascal joined the Montréal Saint-Jean-Baptiste parish as assistant organist.  He has provided dominical service at the organ from April 2015 to April 2017.  During that time, he also worked closely with Jacques Boucher, resident organist of the church, to organize events featuring the church’s beautiful organs, including the celebrations of their 100th inauguration anniversary in 2015-2016.  Passionate about the instrument, he regularly welcomed the public at the organ gallery allowing them to discover the magnificent instrument the church has.

In 2017, his work brought him to move to Toronto (Ontario), where he is now seeking a new post to pursue his passion.

With a career revolving around software development, music represents one of Pascal’s greatest passions where he always finds new motivating challenges.  Always seeking for new challenges in life, he also practices short track speed skating where he is constantly working to surpass himself.  He is also passionate with traveling which allows him to discover our world’s history and culture.

No comments to show.